Ten Years in the Top Ten 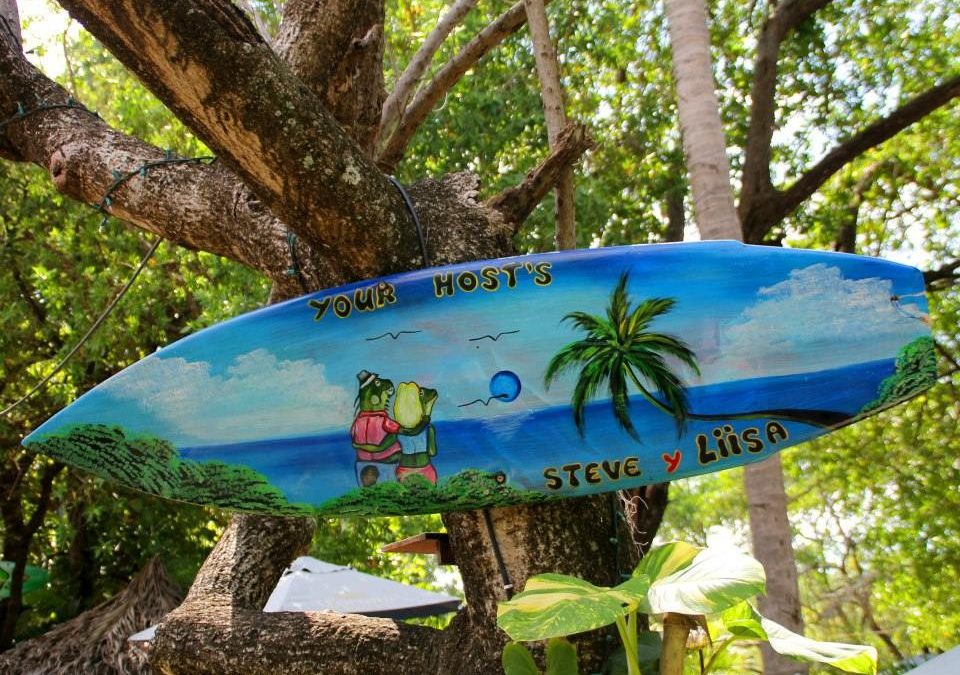 We are celebrating ten years in the top ten!

“We have consistently received the highest awards given to companies’ year after year, starting back in 2012 when we received our first Traveler’s Choice Award,” explains Steve Quinn, owner of Go Fish, along with his wife Liisa. “These TripAdvisor awards are of the highest honour and only given to those who consistently receive positive feedback from everyday people and are recognized around the world. This puts Go Fish in the Top 10% of worldwide attractions and it is something we are very proud of.”

Let’s take a look back to those humble beginnings, when Go Fish Costa Rica first began…

It all started back in 2004 when Canadian’s Steve and Liisa took their first trip to Costa Rica.

“After our very first visit we knew that we had found someplace special and would end up here in some capacity in the future but had no idea what that would be,” shares Steve.

Many more visits after that led to their big move to the pacific coast of Costa Rica in 2010.

“I had it in my head that it would be cool to purchase a restaurant and bar right on the beach in Tamarindo (Liisa not so much), thinking it would be awesome and fun even though we had absolutely no idea or any experience with this type of business,” explains Steve.

The couple started building this “dream” beach bar business with the support of their family and friends; everyone, that is, except Steve’s son Shawn.

“He was a little less happy for us and our idea but I believe it was because we are so close and worked side-by-side for so long that he felt like we wouldn’t see much of each other,” said Steve.

However, after a couple of years of returning home for regular visits and seeing what the pair had accomplished, Shawn did a complete turnaround.

”I even catch him bragging about us to his friends and that means so much to us because having the support of everyone back home makes it easier living abroad and being away from them. It helps us to concentrate on the things at hand,” says Steve.

After turning the once “drug and hooker infested” bar into the Top Rated seafood restaurant in Guanacaste, it started to take its toll on Steve and Liisa, so they decided to pack it in.

“Some issues with our employees were causing us more stress than what I had envisioned, so it was either the restaurant/bar or our marriage. We opted for our marriage and walked away from my cool idea. But still having to make a living and not wanting to return to Canada with our tail between our legs, we decided to try something different.”

With absolutely no experience, the couple decided to take over a Bed and Breakfast and start a company to help their guests and other tourists have a wonderful and memorable vacation – this is when Go Fish Costa Rica was born!

They managed to make the B&B a success, which ranked on TripAdvisor as the #3 B&B in Central America, #2 in Costa Rica, and #1 in Tamarindo.

After about 18 months of running the B&B as well as Go Fish, they decided to concentrate all of their efforts on running Go Fish Costa Rica and giving it the attention it needed and deserved to move forward.

“At this time (2012), Go Fish ranked #64 on TripAdvisor and had no rankings on Google,” explained Steve.

So, they decided to expand their services.

“We figured, why not bring the full service to people as we felt this was something needed and could work in conjunction with everything else.”

They began offering everything from accommodations to activities, ranging from horseback riding, ATV’s, zip-lining, and many other things people wanted to do while visiting Costa Rica. Go Fish began to become known for their honesty and personal experience in all the fields and it is now what they are known for – everything Costa Rica and able to put ANYTHING together.

And they continue to do it, year after year for the past decade, ensuring visitors to Tamarindo Costa Rica have the vacation of a lifetime.

“We had such an amazing trip. Liisa and Steve are first class. They made sure everything ran smoothly even with our last minute trip changes. The crew ensured that our children had as much if not more fun that we did on the boat. If you are in or around Tamarindo CR and want an adventure we would highly recommend everyone at Go Fish Costa Rica.” – Isreal S.

“We had such an amazing time on our fishing trip! Steve and Lisa were outstanding with their communication and setting everything up for us. The reservation process was as smooth as it could go and our trip was wonderful. We will be using them again if we ever find ourselves in Costa Rica again, and we will be recommending them to anyone thinking of booking a fishing trip there.” – Ruth M.

“We used Go Fish for a Trip to Tamarindo CR .They took care of everything. Condo, Pick up from airport to set up trips. They went out of their way in taking care of us. I would use their service again. Fished 3 days and caught 7 sailfish and a few grouper and snapper.” – Donpop

“Gofish (Steve and Liisa) once again took great care of me and my family. They go above and beyond in making your trip the best it can be!” – William S.

Great reviews like these led to a decade’s worth of Travelers Choice Awards, which is something Steve and Liisa are both really proud to have.

“We have grown to be one of the most successful fishing and tour operations in Costa Rica, having come from #64 on TripAdvisor to #2, and with a 5-star rating, we are now a company to be reckoned with,” said Steve.

Steve and Liisa still take the time to respond to their client’s reviews on TripAdvisor. They are grateful for every review and say they have their clients to thank for being honoured for the last ten years in a row. 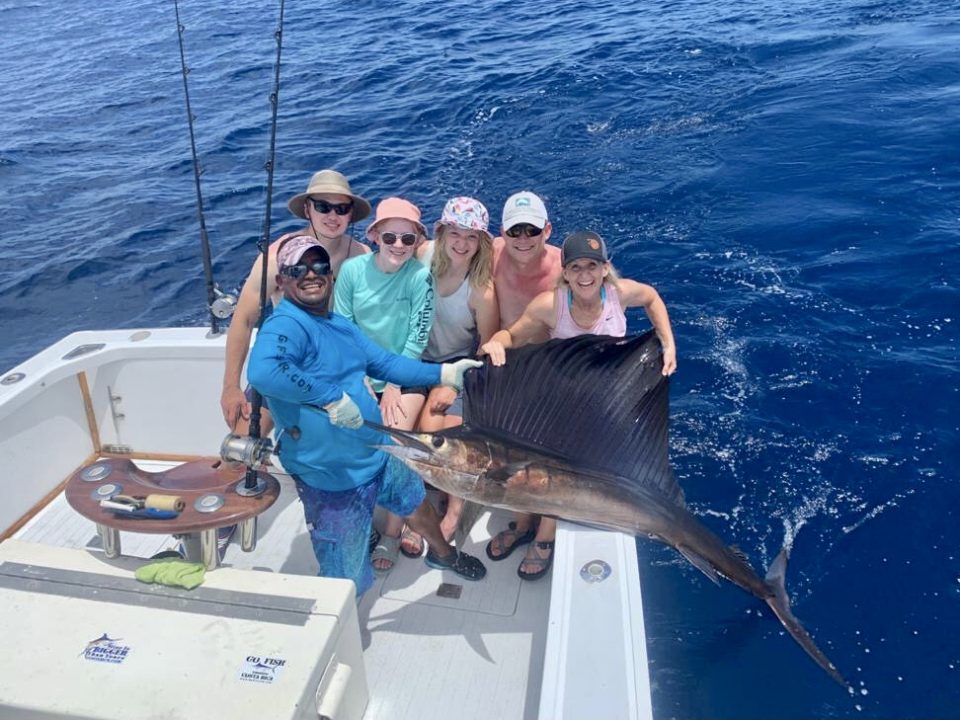 A Family Fishing Vacation Everyone Will Enjoy 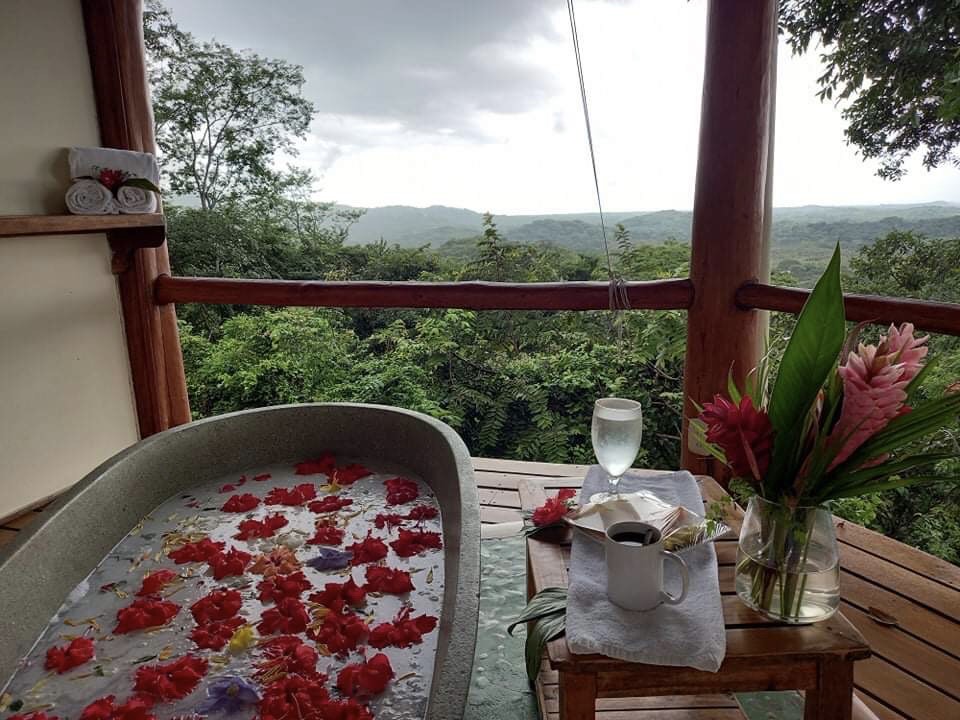 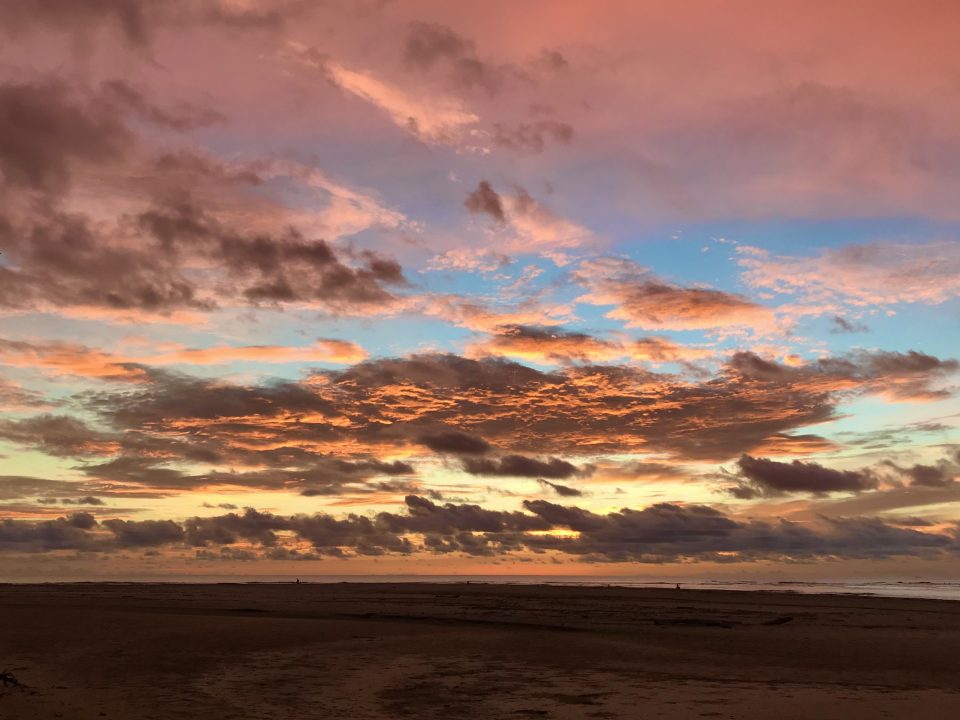